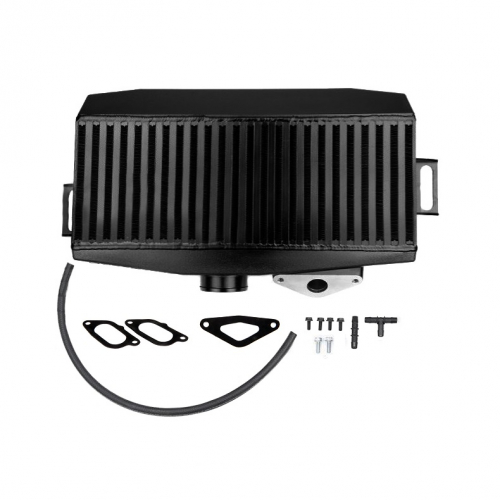 Description:
So, you probably already know that you want an intercooler with maximum cooling and minimum restriction, but when it comes to selecting the right ‘man for the job’, we think it’s important to understand why. As air is pressurized by your turbo, it heats up, not because of the heat of the turbocharger, but because when they’re compressed, the atoms in the air are forced closer together and as a result, move faster and have more energy. That energy manifests itself as heat. The more heat we can remove from the system, the denser the air becomes and that’s what helps eliminate pre-detonation, or ‘knock’, allowing for increased output from your system. Your OEM TMIC does just fine at stock boost under normal use, but as soon as you start putting some real heat into it with higher boost or harder use, it heat-soaks beyond recovery.

What is Included:
TMIC with Thermal Dispersant Black Coating
Installation Hardware and Gaskets