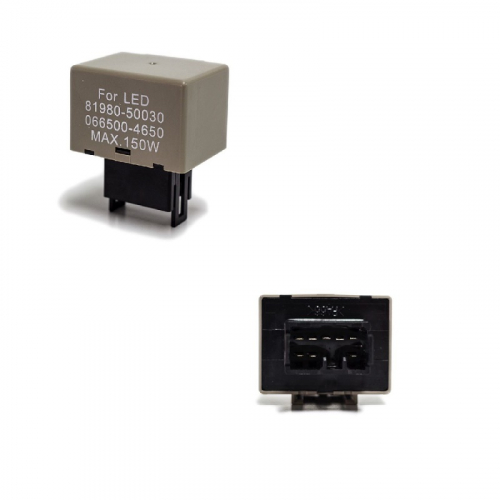 Hyper-blinking:
Why do you need this module? When your factory turn signal bulbs go out, your vehicle's flasher senses that less power is being used, and it will blink the turn signals quickly to alert you. When LED turn signal bulbs are installed, it lowers the load on the circuit too, because LEDs use less power. You get the fast blinking, known as "hyper-blinking," even though the LEDs are functioning just fine. Basically, your car thinks the bulbs went out!

To slow down the blinking to regular speed, you can add resistors to increase the circuit's power consumption again. However, whenever possible, replacing the flasher with a module like this is the easiest option. This is the unit that actually controls the blinking speed, and makes the "clicking" noise.